Renowned Fine Art Photographer Alan S. Maltz is a true romantic. Whether capturing the allure of nature or the subtleties of everyday life, this self-taught artist does not use shortcuts to achieve virtuosity; instead he follows the light. Maltz made a crucial decision early in his career to make Florida his life’s work. As a result, he now has nearly four decades of images in his ever-expanding Collection of Florida art. Working from his Duval Street Gallery and studio (celebrating its 20th Anniversary, January 2019) in the heart of Old Town Key West, he oversees all aspects of business operations, including Gallery management, corporate and residential projects and the never-ending creation of new works of art. Quality control is paramount for Maltz, who credits much of his success to his wife Leslie, his talented staff, and that higher power within us all. 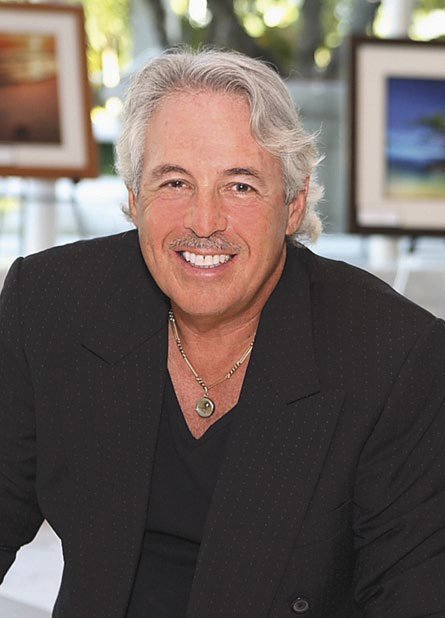 At his college graduation ceremony, Maltz heard a voice from within speak these four simple words: “Pick up a camera.” The message was clear and insistent. Before that moment in time, he never had taken a picture or had any inclination toward art; his degree was in psychology. The following day he left for Europe and North Africa on a pre-planned trip with some friends and a newly acquired Miranda Sensorex camera in hand. The transatlantic flight allowed Maltz some time to get familiar with the camera’s basic functions, and he captured his first picture in France three days later titled, “Meeting in Marseilles.” He continued on this journey for four months and upon his return, reviewed the results of his efforts. At that transitional moment, Maltz understood the meaning of “The Voice,” and realized he had found his “Calling in Life.”

He is acclaimed for his visionary approach to directing and managing art projects of any size and structure – from a solo piece in a client’s home, to an entire airport or office complex. Maltz and his design team have the ability to produce virtual renderings of each space and digitally place proportional mockups for the client’s review. This process happens prior to the physical installation, thus allowing the viewer to make more informed decisions.

This is the artist’s most significant achievement to date, with its origins in a large-scale project dating back to 2008. The Ocean Reef Club in Key Largo commissioned Maltz to produce a series of murals printed on fabric – some as large as 17’ x 8’. These unique works were to be mounted like tapestries, utilizing dowels and associated hardware. The challenge Maltz faced was the vibrant colors included in his existing portfolio did not conform to the conservative nature of the venue; so, he went back to the drawing board. After much thought, experimentation and collaboration, a new series of art was born. Maltz found inspiration in old postcards from early to mid-century Florida, as well as the paintings of The Highwaymen (a group of roadside artists in the Fort Pierce area dating back to the 1950s). He titled this new rendition, with its soft colors and vintage appearance, “The Old Florida Collection.”

“As an artist, it brings to light a feeling, a style, an essence – a heart-tugging pull to a simpler, freer, less technical time. I utilize a blend of sepia tones and muted colors on selected pieces, which transforms my art from PRESENT to PAST.”

It is now the subject of Maltz’s sixth coffee table book, “Old Florida…An Artistic Interpretation,” scheduled for early release in the fall of 2019.

Every Picture Tells a

There is a narrative behind each image (all 2,000+) describing the details of

Story (and has a title)

how it came into being. If a storyline has not been portrayed for a particular work, Maltz will create one. He is also a true believer in personally titling each piece, allowing him to express more of his inner feelings, as well as adding a new dimension to the artwork’s essence and identity.

The Alan S. Maltz Gallery on Duval Street in Old Town Key West will soon be celebrating its 20th Anniversary. The doors opened January 1, 1999 and has been evolving ever since. The location features selected works from Maltz’s Fine Art Collection of Florida imagery, presented in a variety of styles and designs. Printed on a variety of substrates including aluminum, canvas and glass, sizes range from 12’’ X 18’’ to 84’’ X 204’’ and beyond. Unique framing options (some one-of-a-kind) are offered, and much of the production is done in-house by his proficient and professional team. Patrons from around the world have been visiting this space for nearly two decades, and his customer base now exceeds 12,000 followers.

Maltz spends much of his time at the Gallery working on projects, creating new works and meeting with clients, old and new. He is guided by his mantra of Gratitude & Appreciation and besides sharing time with family and photographing in Nature’s realm, this is his place of refuge, where inspiration and creativity abound.