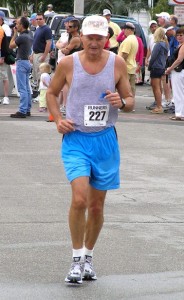 Older Runners are proving that they can do the distance and still win many races! According to several of my older participants in the Key West Half Marathon, they feel it is the experience that gives them the edge.  Older runners can continue to have great race times.

The first person I thought to talk with was Hal Higdon, the longest contributing writer for Runner’s World Magazine and author of more than 36 Books.

Hal said, “I continued to win the occasional road race even into my early 50s, but usually only the smaller races that failed to attract the top runners. The Kenyans went to Chicago, not to Merrillville.

“I ran a 2:29:27 marathon and 10-K in 32-something, and 10-mile in 52 and change while in the M50 division. That put me among the best in the world in my age group, and when I ran these smaller races, I was going up against runners who were maybe best in their neighborhood. We now have age-graded tables that allow runners in one age group (and sex) to be ranked against others. The best runner by these criteria might be someone back in the pack in a major race like the Chicago Marathon. Nobody will notice him. But in addition to winning an age-group trophy in a race like Key West, he might be good enough to place in the top 10, if not win overall.

Hal added, “At the end of the day, however, we compete against ourselves. That’s what counts.”

Jim Smith, who is on our Key West Half Marathon Race Committee and is past president of Key West Sunrise Rotary (our charitable partner) told me, “After I retired from the USCG and moved back to Key West, I was the marathon running coach for four years for the Leukemia & Lymphoma Society’s “Team-in-Training”.  That was special!  Normally, like most runners, I’m a loner…but I really enjoyed the TNT groups.  Some of those newbie runners were middle-aged or older, and they have become real runners since then.  Several have graduated to triathlons, which I greatly admire.  But it’s not for me…too complicated. I love the simplicity of running. Shoes, shorts and out the door!

Jim went on to say, “I always played team sports, where running was what you did to warm-up for what you were really going to do!  But I started running just for running while stationed in the Republic of Panama, in March of 1990, right after the U.S. made the big ‘Visit’.  My work schedule was so erratic that team sports were impossible.  So, I started running around Howard AFB, being careful to stay in safe areas. I ran my first 10K on Labor Day, 1990 at Howard AFB at age 43, and the heat and the hills almost killed me. Where is Noreiga, anyway?

“In 1991, I was transferred to US Coast Guard Group Key West, where I was thrilled to discover there were LOTS of runners, and NAS KW held a 5K or 10K every month. I helped assemble the local running club for even more running events. In 1993, a small group of us decided to train for the Miami Marathon, my first, not really knowing what I was getting into. I ran the whole way, mostly afraid to stop because I was sure I’d cramp up and not finish. It worked — I finished and cramped up immediately afterwards. And that was the beginning of my marathon adventures! Since 1993, I’m proud to say I’ve run 39 marathons…that’s 1.857 marathons per year for 21 years, for you quantitative types. I’ve gotten a little obsessive about it, I suppose. I have to run at least one more…39 seems like a strange place to stop. I’m almost 68 now, and I think I can still do it. My marathon resume (so far) includes:

(3)   5 Disneyworld Marathons…three ‘Goofys’ and I now know why they call it that name.

“I recently took off about 18 months from running. I could say it was because of ‘injury’, but it was nothing specific. My feet were just sore all the time. I missed the running greatly…the discipline, the Key West sunrises, the sweat, the boost to start the day, and the homemade ‘smoothies’ afterwards. I even missed saying ‘Morning, hiya doing?’ to other runners. I’m back out there now, magically pain-free, but running slower and shorter. It feels good, just like I remember,” Jim added!

According to David Weatherbie, 46, from Cape Elizabeth, Maine and who was first place Master’s at the January, 2014 Key West Half Marathon, on the trend of older runners winning the races, “I think this happens at the longer distances where experience plays a significant factor. I believe the longer you are in the sport, the smarter you race. Many younger runners tend to go out too aggressively early on in races and work hard just to hang on. That’s a tough way to race the longer distances. More experienced runners tend to run even splits or even negative splits with the longer races and as a result, have better results.”

David’s training schedule is four to five times a week, usually seven miles, mixed in with some speed work and a long run 10 miles or more. He’s participated in the Key West Half Marathon four times and has won the race twice.

Bryne Decker, from Yarmouth, Maine won the Key West Half Marathon last January at age 47. His PR for a half marathon is 1.07:40.  “One advantage older runners do have is experience,” he said. “Such experience is particularly valuable in longer races like half marathons and marathons. The first thing to go with age is speed, but luckily you don’t need a whole lot of speed for longer races. What you do need is a keen sense for how much energy you need to conserve in the early stages of a long race, and that comes with experience. This was a huge factor in the Boston Marathon this year, where the high level of emotions, combined with the downhill first half, led many runners to go out way too fast.

According to an article by John Harc in the AARP Bulletin “Today” in 1970, only one runner in his 50’s crossed the finish line in the NYC Marathon. Now decades later, the percentage of runners of 50 & over are racing ahead of the pack.

Road races typically give awards to the top finishers in age categories in five-year increments.

We have been doing this with the Key West Half Marathon since it first year in 1998. Now, because of the abundance of participants their 60s and 70s, awards are given to runners 75 and Over in all our events.

In the New York City Marathon last year, 20% of the finishers were 50 and over.  An article in the Boston Globe showed a record 596 runners age 65 and older competing in the Boston Marathon in 2012.  Watching someone twice your age go past you can be disturbing to some of the younger athletes!  During the past decade, the number of older runners in the Boston Marathon has more than quadrupled. More than 50 were age 75 and older!

One of the oldest runners was 83 years old. Look at Canadian athlete Ed Whitlock, who became the first man over 70 to run a marathon in under three hours at the Toronto Waterfront Marathon!

The bottom line is that the more experienced you are (which usually comes with age), the smarter you train and the smarter you run. You tend to know when your body doesn’t feel right and know when to cut back on training. With this experience, you can excel and push past the people half your age. “So, the old adage that with age comes wisdom is certainly true. Just ask the older runners in front of you — if you can catch them.” 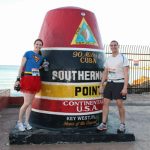