Runners know the meaning of a split second – a tenth of a second….a hundredth – and how much of a difference the amount makes.

But a split second wasn’t the difference between “good” and “personal best” for a man running the Key West Half Marathon in January. It meant life or death. Near the finish line, Bill Amirault slowed, then stopped, then collapsed. The medical team was only about 50 feet away, but those few minutes that it took for the E.M.T.s and E.R. doctor to get there were crucial.

Delaware nurse Amy Smythe checked for a pulse, while two others did C.P.R. They all took turns until the E.M.T.s arrived and got his heart beating with a defibrillator and put him in the ambulance. 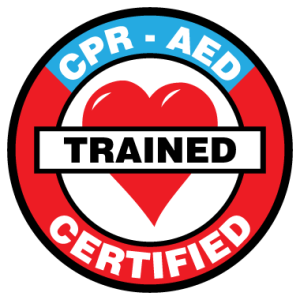 Thanks to Facebook, all have connected, and Amirault told delawareonline.com, “They’re kind of unsung heroes. They saved my life and didn’t want anything in return. They didn’t even want to be recognized.

“I just felt compelled to reach out and say, ‘Thank you.’ ”

In response to the situation that morning, the race’s founder/organizer Barb Wright said, “Bill was so, so fortunate to have Amy, a nurse, and the other helpers right there at that crucial time.”

To encourage C.P.R. training, all participants in the 20th Anniversary Key West Half Marathon on January 14th who have been certified in C.P.R. this year, will receive a $25 merchandise credit when they show their card.

Both Amirault and Smythe are encouraging others to take C.P.R. training and are thrilled at the encouragement the race director has offered.

“Just having that basic knowledge of performing chest compressions, keeping blood flowing to the brain, is a huge value in those critical first minutes,” Amirault told delawareonline.com.

Smythe finished the half marathon, beating her old time by 20 minutes, an extraordinary feat. Whether it was the blessings of the Tibetan Monks that said a prayer for the runners at the start of the race or just quick thinking or a stroke of luck having all this happen at that point in time, we are all thankful!

Bill Amirault beat the odds. He and his wife, Becky, will be back in January! 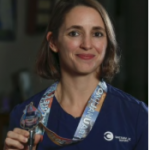