Runner’s World listed Hal Higdon among “The 50 Most Influential People in Running.”

Friends: I was both proud and happy to see that in its October issue, Runner’s World listed me among “The 50 Most Influential People in Running.” I tell why on my Facebook pages: Hal Higdon and Half Higdon’s Marathon. To make it easier for you, here is the link followed by the copy from RW:
https://www.facebook.com/pages/Hal-Higdons-Marathon/118381048208145?fref=ts
THANKS TO RUNNER’S WORLD, Editor-in-Chief David Willey and Writer-at-Large Nick Weldon for including me on the list of “The 50 Most Influential People in Running.” In the October 2015 issue of RW, Weldon writes on page 79: “There’s perhaps no clearer testament to the man’s staying power than this: When you Google “marathon training” or “half marathon training,” Higdon’s is the first name you will see. ‘I ran my first marathon 15 years ago says Westin Hotel’s national running concierge Chris Heulsler, ‘and like nearly every first-time marathoner I meet in my job, I used his marathon training plan. It is remarkable that no one has dethroned Mr. Higdon from the top spot.’ By Higdon’s own estimation, a half-million runners have gone 26.2 using his famous plan. A 1952 Olympic Trials qualifier in the 10K, record-setting masters runner, cofounder of the Road Runners Club of America, social media expert, and author of 36 books—with more on the way—Higdon has spent a lifetime working tirelessly to earn the trust of the running public.”
Nice words, David and Nick: I hope to continue to maintain that spot in the Top 50.
I also promoted the honor on my Twitter feed:
https://twitter.com/higdonmarathon
#RunnersWorld in its October issue included me on the list of “The 50 Most Influential People in Running.” See Facebook to find out why. http://on.fb.me/1iMBBnr
Yes, I am just a little bit proud, so forgive me for sharing the moment with you.
HAL HIGDON
halhigdon@comcast.net
www.halhigdon.com 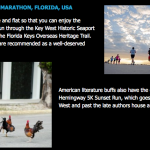 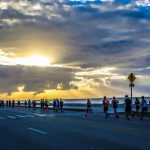